Amidst All the Slaughter — Abuse. Who Knew? 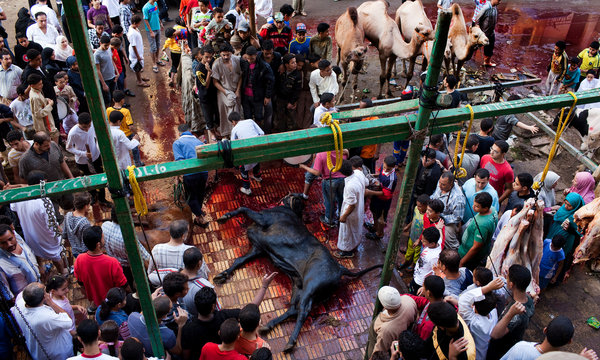 Photo by Scott Nelson for the New York Times

From the morbid irony desk:

In this article about the demoralizing struggles of an animal activist in the Arab world, we learn that:

At the Basateen slaughterhouse, near the vast cemetery known as the City of the Dead, butchers stride about in knee-high rubber boots, surrounded by lakes of feces, blood and urine. It was here that [an] Australian reporter documented animal abuses in 2006.

I know I was shocked to learn that in a place called the City of the Dead — amid butchers wading through lakes of feces, blood, and urine — some animal abuses were committed.  Shocked, I tell you.