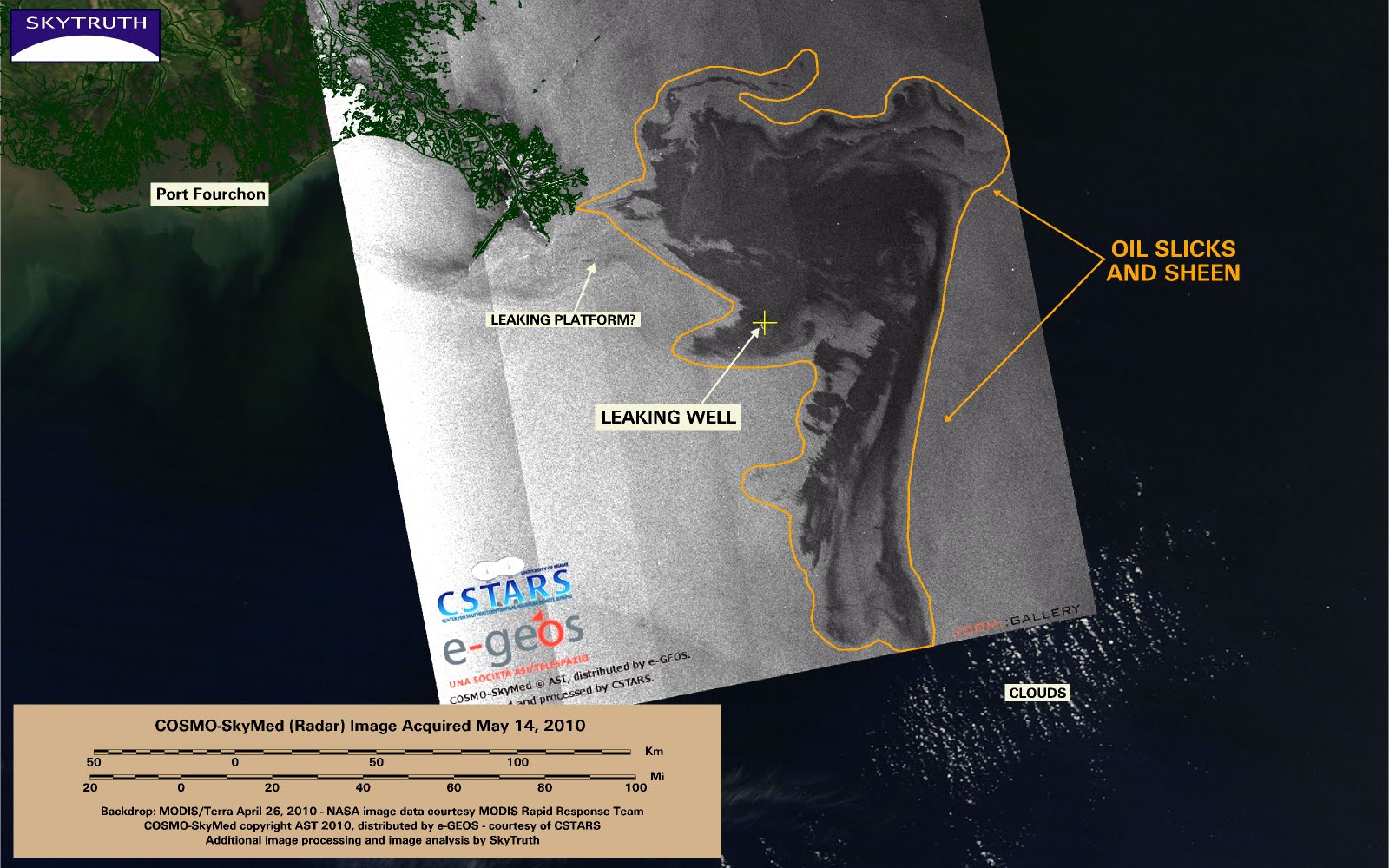 While the Deepwater Horizon spill has been out of the headlines for a year, oil continues to bleed into the Gulf of Mexico from many other drill rigs.  Waterkeeper Alliance and several Gulf Coast Waterkeeper organizations have just given notice of their intent to sue one drilling rig, once owned by Taylor Energy (and since transferred to Korea National and Samsung), that has been discharging an oil slick since 2006.  The Taylor Rig is located 11 miles off the coast of Louisiana.

Gulf Coast keepers learned of the ongoing spill using a service called Sky Truth, which identifies environmental pollution from satellite and aerial photos.  The spill can be seen as a separate oil slick in satellite pictures of the Deepwater Horizon spill, here.

Waterkeeper’s notice letter, available here, gives notice of claims under the Clean Water Act, for discharging pollutants without a NPDES permit, and for remedies for an imminent and substantial endangerment under the RCRA citizen suit provision, RCRA section 7002(a)(1)(B).  The Tulane Environmental Clinic is representing the plaintiffs.

Even though the Taylor rig, 11 miles offshore, is outside of any State’s jurisdiction, the Clean Water Act quite clearly includes discharges from oil platforms beyond the three mile limit of State jurisdiction to the territorial sea (12 miles offshore), the contiguous zone, and anywhere else the ocean.  Section 502(12) includes in the definition of point sources that require permits “any addition of any pollutant to the waters of the contiguous zone or the ocean from any point source other than a vessel or other floating craft.”  Since an oil rig is neither a vessel nor a floating craft, any discharge is covered.

The RCRA imminent and substantial endangerment claim is based on the disposal of “solid waste” in a manner that causes an imminent and substantial endangerment to the health or the environment.  Oil and petroleum products are included in the definition of “solid waste” for RCRA purposes.  But the RCRA definition of solid waste does exempt “industrial discharges which are point sources subject to permits under” the Clean Water Act.  Since the Taylor Well does not have such a permit, presumably they cannot rely on this exemption.

In related news, a new study published by Environmental Health Perspectives concludes that the FDA has understated the risk to human populations from eating Gulf seafood contaminated with spill-related PAHs.

Where is EPA on the ongoing Taylor Spill?  Why is it left to citizens groups like the Gulf Waterkeepers to pursue an oil spill clearly visible in satellite images for five years?

Full disclosure:  I am a board member of Waterkeeper Alliance, as well as a lawyer who represents  the organization.